On ink drawings and information graphics

On ink drawings and information graphics

I’ve been taking pictures of the city that I use as reference for ink drawings. 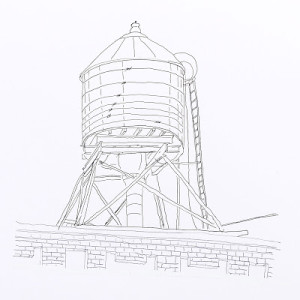 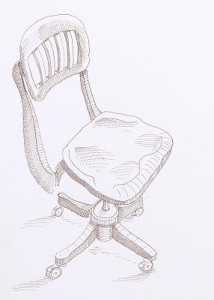 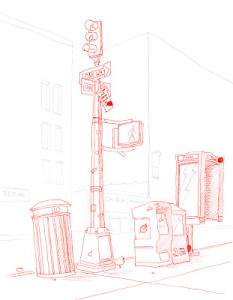 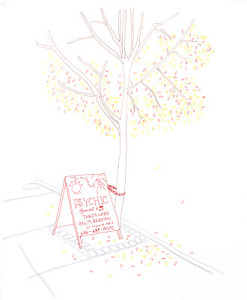 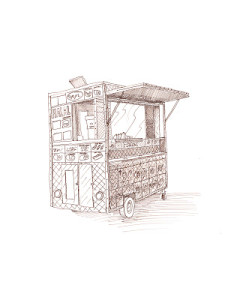 I’m finding it refreshing not having the luxury of command z. I think things through before making a mark. It forces me to be focused in a way that working with a computer, where I can always go back a few versions, doesn’t allow.

Having things instantaneously happen often leads to less analytical thinking on my part. When I was an assistant art director at Scientific American in the late nineties I was given a slow computer. The refresh rate of the screen was laughable. Yet it forced me to think things through before making a decision about the layout I was working on. I grew fond of this machine, similar to how I felt about my old, beat up, honda civic. The work became a meditative process.

I want to do an information graphic in ink. It would be a breath of fresh air compared to the ultra-clean, precise, heavily styled work that my studio does. In a drawing there’s often a clarity of intent that is stronger than that of a digital 3D rendering. In fact, editors sketches sometimes get across the idea of an information graphic more clearly than the final artwork I create. There are times when I’m purely a stylist. Style doesn’t doesn’t have much to do with telling a story or conveying information. That said, I am a proponent for beauty. Beauty draws people in. And when one is drawn in they can begin to glean information from the graphic.

Juan Velasco, the art director of National Geographic, makes the most beautiful sketches. Every time I see one of his drawings I ask him why they are commissioning us; they could simply just run what he drew. I’m serious about this. John Grimwade has some of his gorgeous pencil sketches on his site: http://johngrimwade.com/RR1.html. I would love to see one of these drawings printed rather than the final executed in a vector software. Now that I think about it, some of his drawings were just published in the premier issue of Priest and Grace’s new, wild, irreverent, balls to the wall soccer magazine Howler. The drawings (along with the magazine) are worth looking at.

My experience of life is that it is pretty damn messy. Maybe I’m attracted to drawings because they aren’t perfect, just as life isn’t.