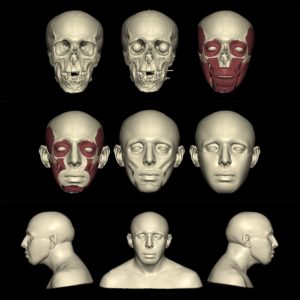 This craniofacial reconstruction of Guanche remains – XXVI A 49 was completed using a three dimensional sculpting software, where the remains subject to this reconstruction were found in a cave on the largest Canary Island, Tenerife.

Craniofacial reconstruction of skeletal remains both allows anthropologists to establish timelines and physicians to study forensic science, where renderings may be used for comparing the anatomy of present-day humans with prehistoric civilizations, for determining causes of death, and for cross-referencing historical records.