2014 will mark the 500th anniversary of the birth of  anatomist Andreas Vesalius.
Vesalius, for whom the Vesalius Trust is named, was a Renaissance physician famous for his pioneering treatise De humani corporis fabrica  (On the Fabric of the Human Body) published in 1543. Considered the father of modern anatomy Vesalius was just 29 years old when his iconic work was published. The beautifully illustrated De Fabrica transformed the field of anatomy and how the human body was viewed and understood. 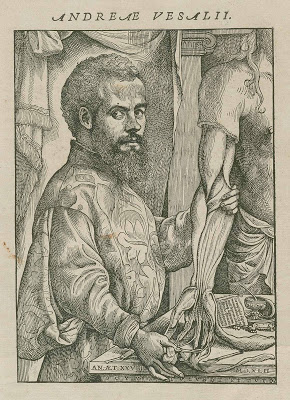 Portrait of Vesalius, the frontispiece from De human corporis fabrica, 1543.

Since 1997 the Vesalius Trust has been sponsoring educational travel opportunities. These “Art and Anatomy” tours have transported attendees to exciting venues in Italy, France, The Netherlands, Belgium, Scotland and England. Each tour has included the Association Européenne des Illustrateurs Médicaux et Scientifiques (AEIMS)conference. These tours offer the opportunity to explore artistic and anatomical points of interest with like-minded colleagues.  Attendees have visited rare anatomy book collections, anatomical theatres, medical museums and art collections, some open to the public, but many exclusive.
To commemorate the upcoming Vesalius birthday celebration I am working with a consortium of artistic, medical and cultural organizations in Europe to build the next Art and Anatomy tour. These organizations include Association Européenne des Illustrateurs Médicaux et Scientifiques.  This next tour will be to Southern Greece from August 29-September 9, 2014. 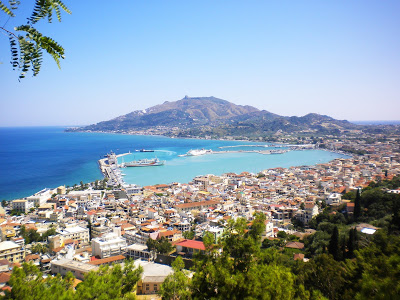 Panorama view of Zante Town on the island of Zakynthos.
Andreas Vesalius was born in Flanders, present day Belgium, on December 31, 1514.  He died on October 15, 1562 on the small island of Zakynthos, in the Ionian Sea. After much research and discussion the committee organizing the celebration chose Zakynthos as the venue for their conference.  Vesalius died when his ship wrecked in the Ionian Sea and he ended up on island of Zakynthos. This island, well aware of the importance of Vesalius, features many statues, monuments and streets commemorating the famous physician. 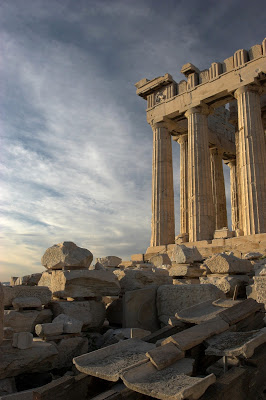 Parthenon from the south, Athens.
The twelve-day Art and Anatomy Tour, “Traversing Southern Greece”, will begin with arrival in the ancient city of Athens, a bustling metropolis and home to the Acropolis.  The first day will comprise a walking tour of Athens including visits to the Hephaisteion, and the Doric temple of Thespian one of the best-preserved temples from ancient Greece.  The following day will be devoted to a guided tour of the Acropolis, including the Parthenon, the Temple of Athena Nike and the Porch of the Caryatids, which offer stunning views of Athens.  The day will conclude with a tour of the Acropolis Museum and free time to explore this fascinating city.
The next few days of the tour will include travel to the sophisticated town of Nafplion in the Peloponnese. This port city features polished old world streets lined with elegant Venetian castles and neoclassical manors. Enroute to Nafplion we will visit the ancient city of Corinth and its Greek and Roman ruins. 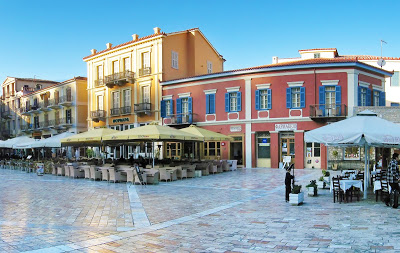 The beautiful port city of Nafplion
Prior to the Vesalius Conference in Zakynthos the attendees will explore the ancient citadel of Mycenae and Epidaurus and its early theatre designed by sculptor Polykleitos, famous for his masterful sculptures of the human form.
The group will travel to the beautiful island of Zakynthos via ferry, cruising the Ionian Sea as Vesalius did in 1514.  The group’s home for the next four days will be the Palatino Hotel, walking distance to the conference site.
A few days will be devoted to the “Vesalius Continuum” commemorating the 500thanniversary of Andreas Vesalius’ birth.  The conference schedule includes lectures about Vesalius’ work, life and influences by famous medical scholars such as Ruth Richardson, author of Death, Dissection and the Destitute and The Making of Gray’s Anatomy, and Professor Martin Kemp of the History of Art at University of Oxford. Kemp is considered one of the world’s leading authorities on Leonardo da Vinci and he has written extensively about science and art.  Facial reconstruction artist Richard Neave, famous for his reconstruction of the iceman, will also be presenting.
After the conference the group will enjoy a special day of touring the island of Zakynthos.  Private boats will take attendees to the breathtaking Blue Caves, the uninhabited island of Marathonisi and the charming village of Volimes, known for it lace work and beautifully woven wool rugs. 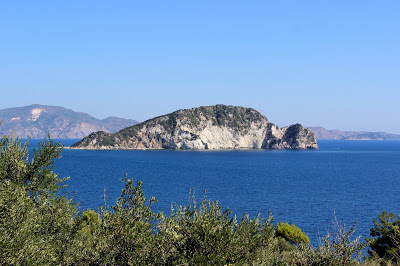 Island of Marathonisi, Zakythnos
The tour will end after a flight from Zakynthos to Athens with an independent day to enjoy the city or do an excursion.  A farewell dinner, near the Acropolis, will end the exciting journey before flights back to the US the next day.
For more information on this tour, including a detailed itinerary and pricing please contact Marie Dauenheimer at dauenheimer@erols.com or 571.216.1472.

Watch for future blog postings highlighting details about the tour and the Vesalius conference.