Dr. Tesar’s iOPCs have been shown to regenerate myelin coatings when transplanted into mice and could have exciting implications for the future of regenerative medicine and stem cell technologies.

Early last year I was approached by Dr. Paul Tesar of the CWRU Med School about producing a figure for an upcoming press release for his research on rapid stem cell differentiation techniques. I hadn’t had the chance to work on a good editorial piece in a while, so I’m happy to have the chance to share my process from concept to final artwork. Working with him and his team was a great experience for me, and allowed me to stretch my legs, creatively speaking.

The final version of the piece was featured in a news blast from the CWRU School of Medicine, in postcards promoting Dr. Tesar’s lab’s research, and on the Cleveland Plain Dealer’s website, in addition to other scientific news sources which picked up the story.

Here’s a glimpse at her process, including the final image, below: 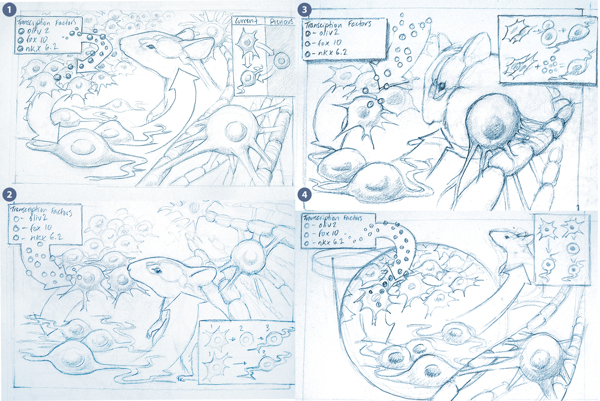 Initial round of concept art. Early concepts leaned in a more didactic direction with inserts and leaders.

I experimented with a number of ways to create texture on the large oligodendrocyte in the forgreound. In the end I wanted to convey a sinuous, taught feeling of the cell wapping nearby neurons. I created a series of embossed layers in an attempt to give the cell a liquid sheen. – Samantha Zimmerman 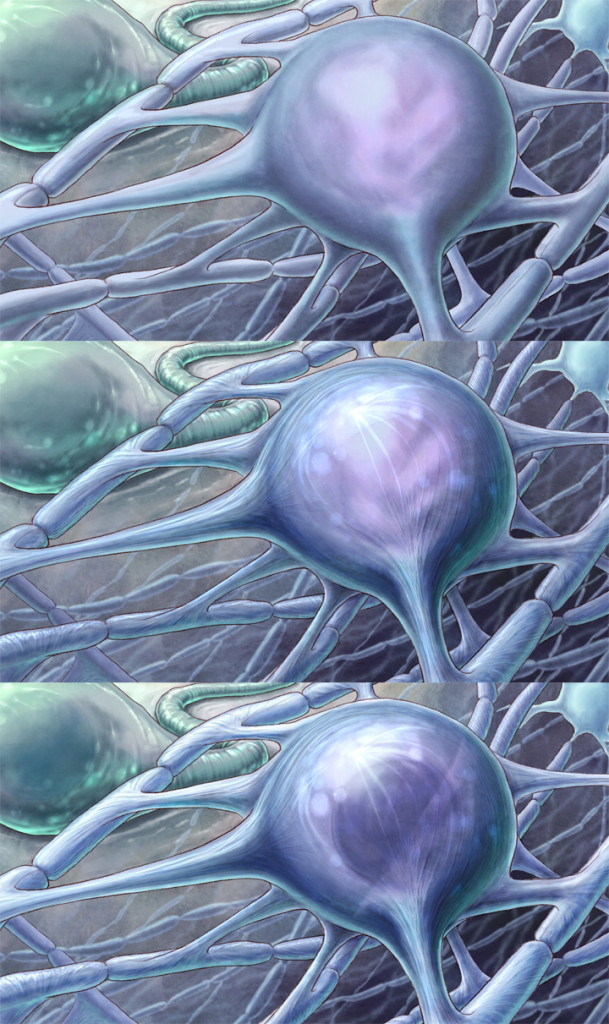 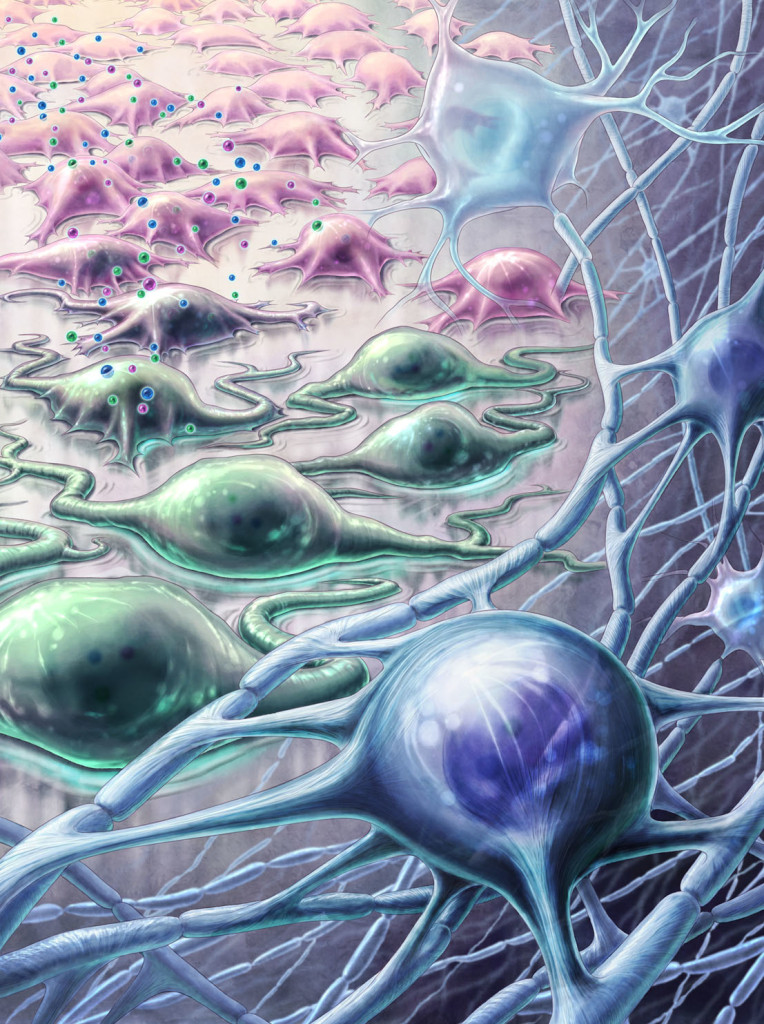