Looking forward, and the year in review

Looking forward, and the year in review

January 2012 was filled with hope as my wife and I reconciled. Yet the stress of everyday life, exacerbated by the grim reality of my recently excavated past, began to affect how I functioned in the world as a husband, father, creative director and artist. This tension culminated in April, leading to my semi-enforced two-month sabbatical.

I reentered the world in June reenergized. By August the honeymoon withered and died. But in October I began feeling a subtle, hard-won stability. I was standing on the new foundation that I had begun cobbling together in April.

If you have followed this blog over the past two or so years, you may have noticed a change in tone since I returned from my sabbatical. I am uncomfortable with how personal my older posts are. Since getting back I’ve swung to the other end of the spectrum. In the service of not being too personal I have cut off much of the lifeblood and passion with which I wrote. How I can retain some of my fire without being melodramatic will be a challenge for me in 2013.

One of my intentions for 2012 was to make a larger, more realized body of work. Now that the year has come to a close I’m happy and proud of what I have made. In 2013 I will be getting the work out there. (Given that you are reading this and—hopefully—looking at the pictures, the work is of course “out there.” What I mean is getting the work in an appropriate gallery.) With this intention in mind I’ve redesigned my art website. It will be going live sometime in January. I’ve also produced a 36-page booklet that I will be sending to the galleries I can imagine my work in. 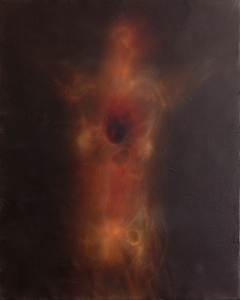 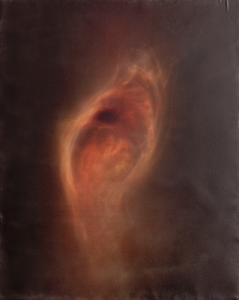 When people see my work I want them to feel connected to their highest self. That said, I’ve come to the painful realization that I can’t control what people think or feel. Attempting to make a person think or feel a specific way is the domain of advertising, not art. (There is a strong argument against this; just look at all the masterpieces that were commissioned by the Catholic Church during the Renaissance.) What I do have control over is my attempt to find and clarify my intentions. This carries through to how I wish to live my life in the world as a husband, father, creative director and artist.
Happy New Year!
By Bryan Christie Design|January 1st, 2013|Syndicated Content|