“NASS” stands for the North American Spine Society, and each year it holds an annual meeting much like other associations to become smarter, inspired, and updated in the field of spine surgery. This year I was invited by my client, Orthofix Spine, to attend the Chicago meeting with them and provide interest at their booth in the Technical Exhibition. I’d be painting fine art pieces

[incorporating the spine] on the booth, and interacting with passersby. Then we would auction off the works to raise money for a donation to the NASS research fund.

I accepted the job, excited to use my looser fine-art painting techniques with a medical illustration client. Usually I do glossy product marketing images or operative technique illustrations for Orthofix Spine. This would be a chance to show off my drips and paint strokes outside my studio.

I showed Orthofix various pieces and got their feedback about which styles they liked. We decided to mix pen and ink drawings with messy loose background color. I drew the spines, vertebrae, and bone scaffolding I’d need ahead of time, on vellum, and adhered it to canvas with soft gel medium. (I’ve had good luck with this in the past, and can even get some of the canvas texture to show through my collage.) I can paint around and over the vellum after it’s dry. We decided on four canvases, so I went ahead and finished two of them during the weeks prior to NASS. Then I arrived with two “blank” canvases that weren’t all that blank, for painting on Wednesday and Thursday at the show. I’m very glad I approached it this way, as I had a plan and finished drawings to work with publicly. As I told some of the attendees, it wouldn’t be as much fun to watch me draw a spine all morning. And it took the pressure off.

I was a little nervous – this was my first time painting live – and I stepped up to the easel with all my paints, brushes, and canvases prepared. For the first 30 minutes I felt butterflies, but then I settled in to the task. It was pretty fun, and even made me consider doing more live-painting in the future. I didn’t mind groups of people watching me; in fact I tried to encourage questions when I could. My main challenge was timing my spurts of creation around the scheduled speakers who shared the same podium area. Yes, I’m saying that in the future I’d like fewer breaks! 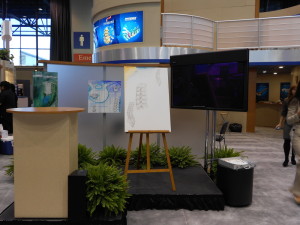 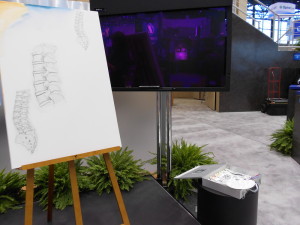 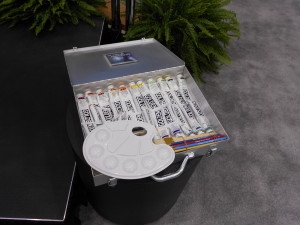 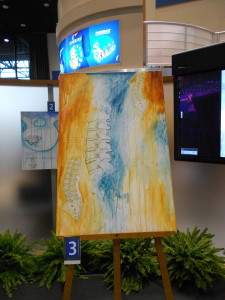 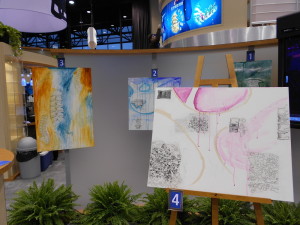 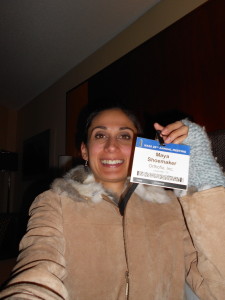 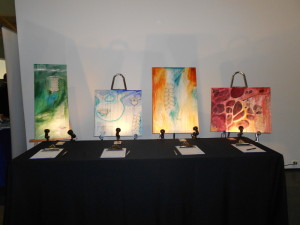 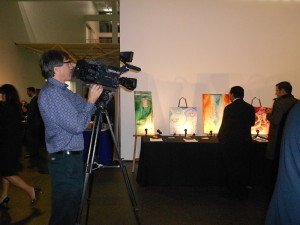 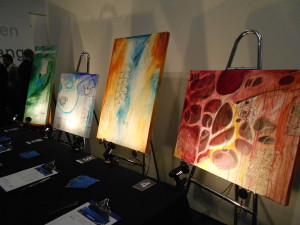 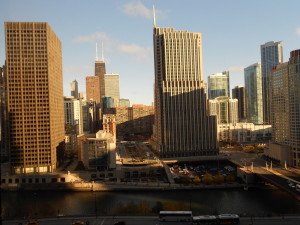 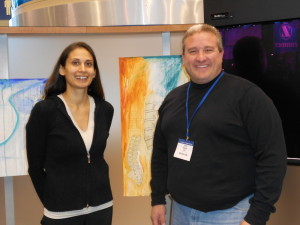 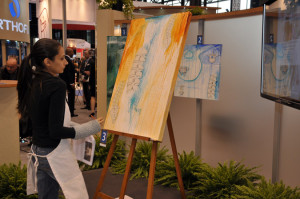 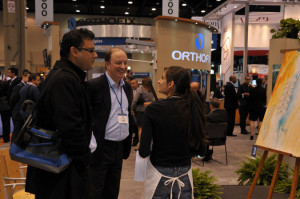 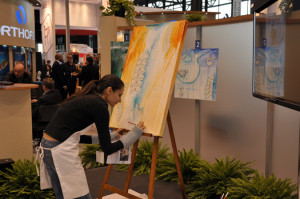 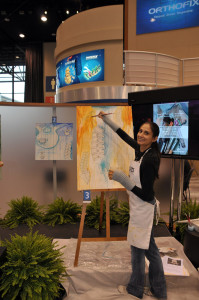 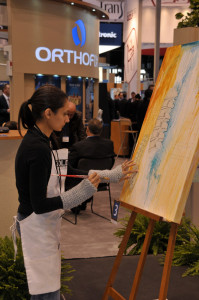 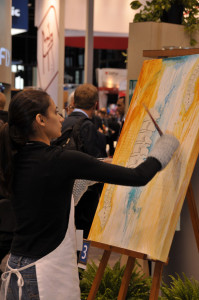 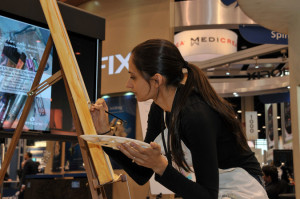 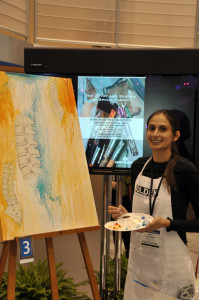 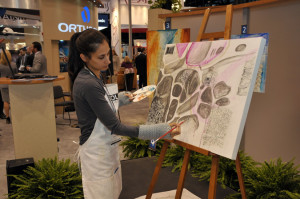 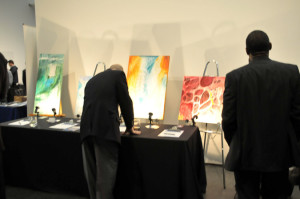 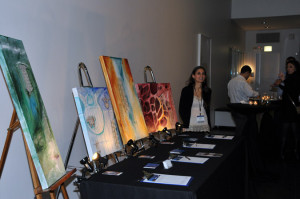 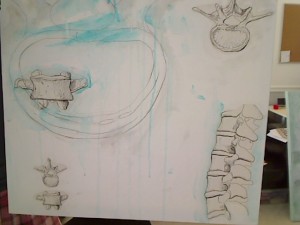 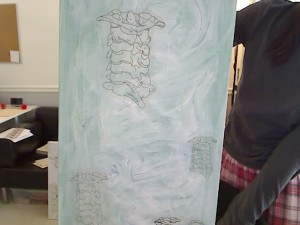 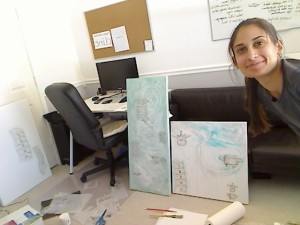 After the paintings were complete, Orthofix held a silent auction at their Education and Technology Suite – which was at the Museum of Contemporary Art – and raised money for the NASS Research Fund. (Pretty cool stuff to be connected to.) It was a lovely evening, and fun for me to meet the surgeons and others who were bidding on my work. Can I say my work was “in” the MCA, even though it was only in the atrium? Probably not, but it was in the atrium, and that’s awesome.

So, just wanted to share this new experience with you! My take-away is that I’m considering doing more live-painting events. I came home and immediately set up a permanent easel in my studio. The couch had to go… but who has time to sit? I can lounge around after I leave work for the day.

About the Author: Shoemaker Medical