Holly: History & Folklore is a guest blog from the wonderful Stewart Roberts, a local naturalist who shares his knowledge of nature and Welsh folklore on his wonderful Facebook page, where his illustrates his posts with his excellent wildlife photos.  It can also be seen as a partner to my blog series on British Trees.  For more on Christmas greenery and Botanical illustration and Christmas decorations, check out the links. 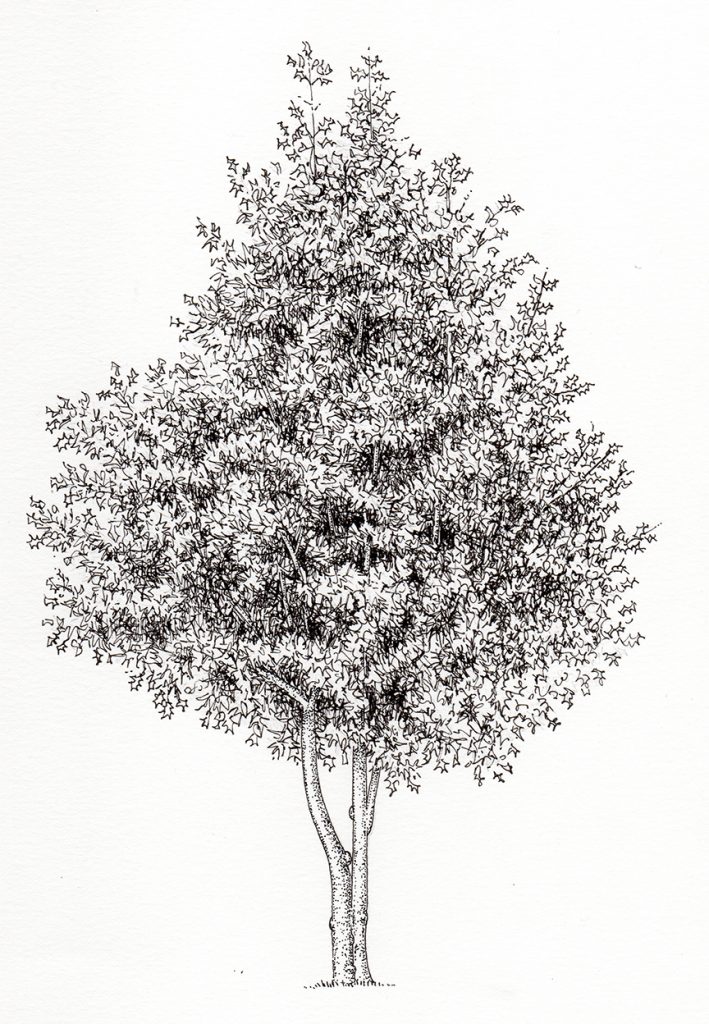 Holly is a plant traditionally associated with Christmas, but do you know why?

The name derives from the old English word ‘holegn’ which means ‘to prick’.  This is a very fitting for name for a tree with hard, pointy leaves. The Druids regarded it as a symbol of fertility and eternal life, and thought it to have magical powers.

Christians adapted many pagan beliefs to fit into their religion, so holly was adopted as a symbol for Christmas. The sharp, pointed leaves are held to represent the crown of thorns worn by Christ, the berries represent his blood, and the evergreen nature of the plant is a metaphor for life after death.

The tradition for decorating homes with holly began with the ancient Celts, who believed the bright decorations brought them good luck. This was continued until the present day (perhaps because it’s hard to find other plants with colour at this time of year?).  ‘Deck the halls with boughs of holly’ is a popular Christmas carol that dates back to 1862. The English words are well known, but it is derived from a Welsh melody called ‘Nos Galan’ or ‘New Year’s Eve’ with somewhat different words but a generally similar sentiment. 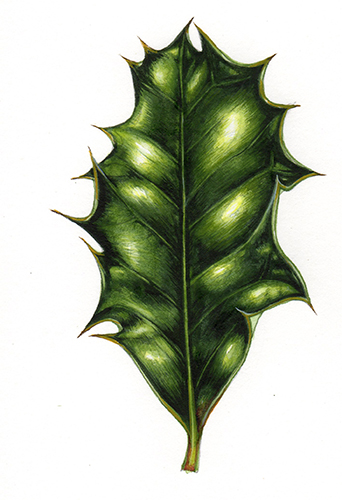 On the subject of Welsh, the Welsh word for holly is ‘celyn’.  The word occurs in many place names, most notably Capel Celyn (Holly Chapel). This place was a rural community to the north west of Bala in Gwynedd, Wales, in the Afon Tryweryn valley.

The village and other parts of the valley were flooded in 1965 to create a reservoir, Llyn Celyn, in order to supply Liverpool and Wirral with water for industry.  This was despite almost unanimous Welsh political opposition and protest.

The flooding of the village inspired a Manic Street Preachers song  ‘Ready for Drowning’ and Enya’s song ‘Dan y Dŵr’ (Under the water).  Cofiwch Dryweryn (‘Remember Dryweryn’) is a motto referring to the drowning of Capel Celyn that urges Welsh speakers to remember the destruction of a Welsh-speaking community and to safeguard the language.

The most famous instance of this motto is as graffiti on the wall of a ruined stone cottage by the A487 at Llanrhystud, outside Aberystwyth, which has come to be regarded as a ‘national landmark’ and is regularly repainted. 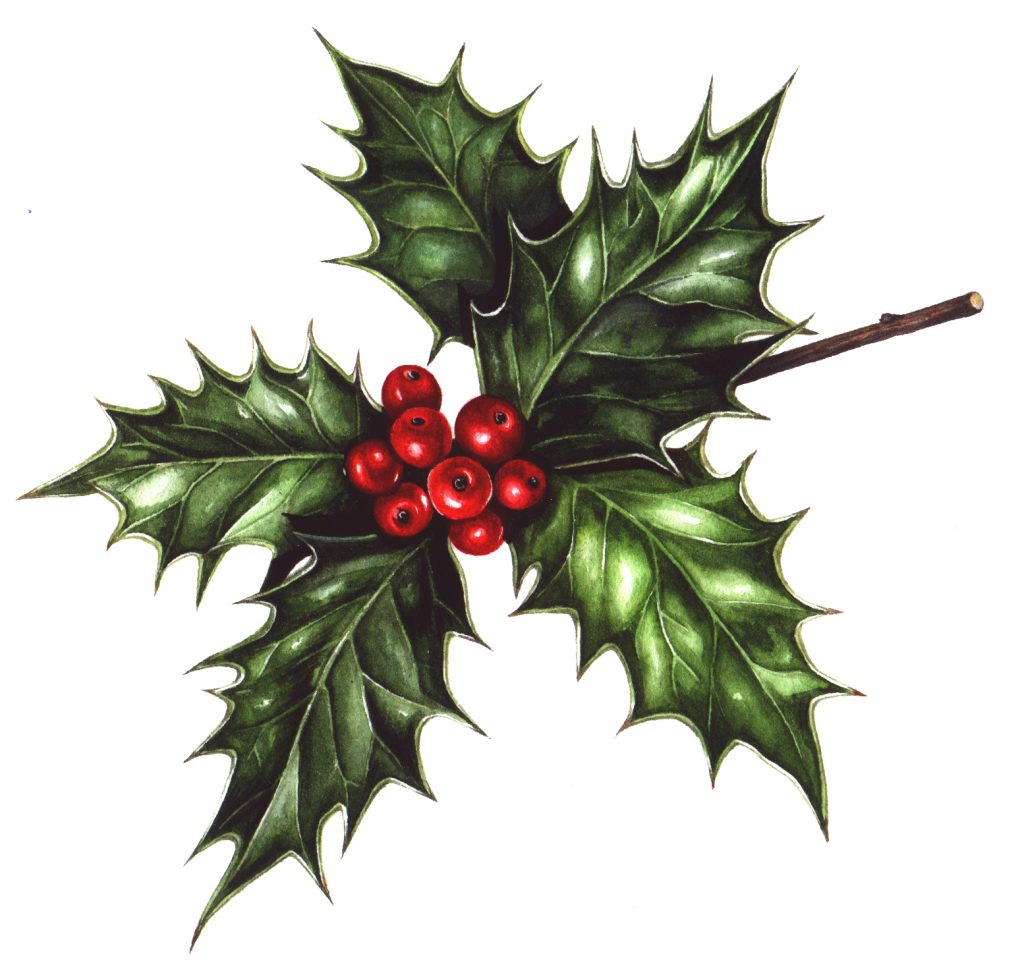 Holly as a name – for Welsh and English speakers!

The popularity of the name Celyn has risen over the years, and as a result Welsh people (and others) give the name to young boys as part of their family heritage.

In English, the name became popular in the Victorian era when a trend emerged for naming baby girls after flowers.  In the Victorian language of flowers ‘holly’ means domestic happiness. Tell that to Holly Willoughby, Holly Hunter, Holly Valance – or Buddy Holly!

This is all a long way from Lizzie’s beautiful illustrations of our native Holly plant. However, it does go to show what cultural associations our wildlife have. 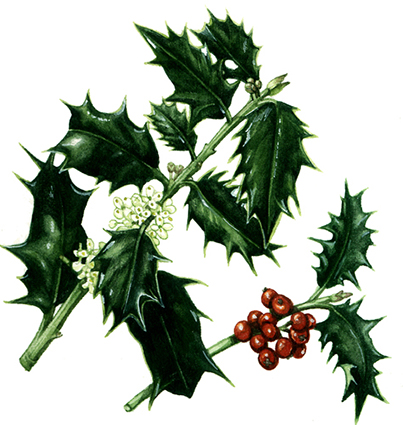 Holly as a dioecious plant

To return to the plant itself, Holly is dioecious.  Dioecious comes from the Greek for “two households”, meaning that each individual holly plant is either male or female. To guarantee berries, bushes of each type are needed to be found together.  This allows cross-pollination to occur.  Bushes laden with berries at Christmas are always female, while those without might be male, or an unfertilised female. Confusingly, the garden variety Golden King is female, while Golden Queen is male; which just goes to show that even plant breeders can get it wrong!

The bright scarlet berries attract many birds; especially thrushes including blackbirds, fieldfares, redwings, mistle thrush, and song-thrushes. The berries are very hard and bitter in autumn and early winter due to the mildly toxic compounds they contain. As winter progresses, hard frosts serve to break down these chemicals. In late winter and early spring, when hedgerows are otherwise looking bare, the berries become more palatable. The berries still retain some toxicity, so birds eat just a few on each visit. Frequent visits with just a few berries eaten means that seeds are deposited in droppings in different places.  This expands sited for, and chances of germination. Isn’t nature brilliant? 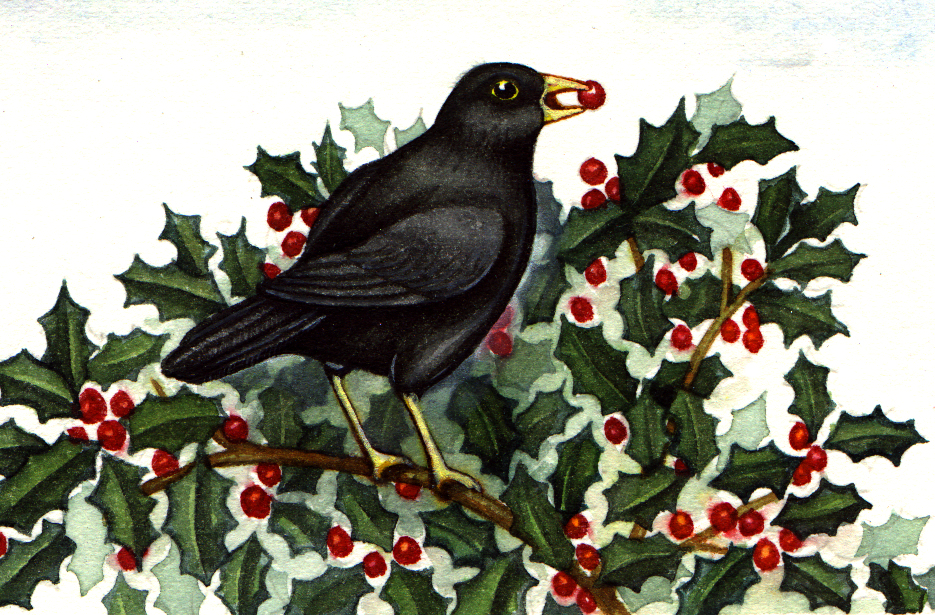 The old folklore suggesting that “lots of holly berries on bushes, means it’s going to be a harsh winter” is thus a bit off the mark. It more likely means it hasn’t been a hard winter so far? Merry Christmas!